Will the iPhone use the USB-C port?

Will the iPhone use the USB-C port?

The iPhone first sale day was the same as in previous years, and there were still a large number of consumers queuing up at different Apple Stores everywhere, and the stores were full of people, and the store staff were busy setting up their new iPhone 12 for these first customers.

Brand new machines also have an old taste. When importing data from an old model into a new mobile phone, you will find that the speed is still not fast, whether it is full disk backup or wireless transmission. The network environment of the Apple Store is crowded and complex, and it cannot provide a good enough experience. If it is WeChat data migration, the fastest way may be to open a hotspot connection.

At this time, many people may think, if the iPhone supports connecting two mobile phones directly with a cable, would it be a better method?

The answer is no, because the Lightning interface of the iPhone only has the speed of USB 2.0, which is difficult to meet the increasing capacity occupation of iPhone users

Why can't the Lightning connector be faster?

The question is, why can't the Lightning connector be faster?

Although the plug can be plugged in and out, there is only one side, that is, 8 pins can play a role, and if you look at the base on the phone with a flashlight, you can see that there are only contacts on one side.

What is really used for data transmission is actually only the path of the two pins inside, and it is not a high-speed channel, which leads to the actual speed of Lightning is only USB 2.0 level, up to 480Mbps, and the highest power is only 36W.

The widely used USB-C plug has 12 pins on one side and 24 pins on the front and back, and both front and back are available at the same time, even if the 4 pins for USB 2.0 compatibility are excluded, Still way ahead of Lightning.

Why USB 3.2 2×2 can reach a speed of 20Gbps is actually the result of simultaneously enabling four high-speed channels on the front and back. These rich pins for different functions provide up to 20Gbps bandwidth and 100W power delivery capability for USB-C (to USB 3.2 2×2). 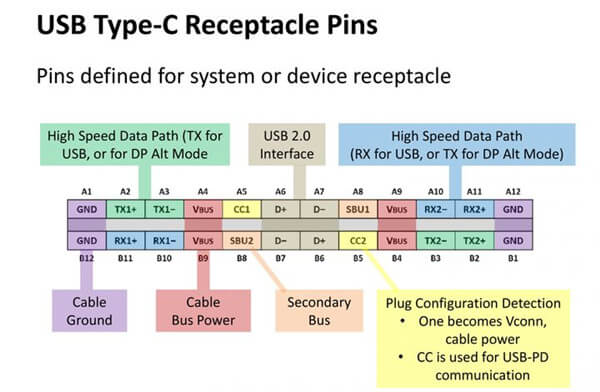 This can be done because USB-IF keeps updating the USB 3.X standard in the form of USB-C interface, plus the result of the efforts of all hardware and accessory factories, the next-generation USB4 is still a USB-C port form, but four pins form a high-speed channel that can already provide 20Gbps bandwidth, and dual channels can reach 40GBps, which is the standard of Thunderbolt3.

In recent years, it is not that Apple has not updated the MFi certification with the Lightning interface as the core. In the current R32 support document, there have actually been many changes in terms of power adapters, including the introduction of C to L cables, etc. However, the core Lightning interface has not been redesigned, which has resulted in its upper limit not being raised. 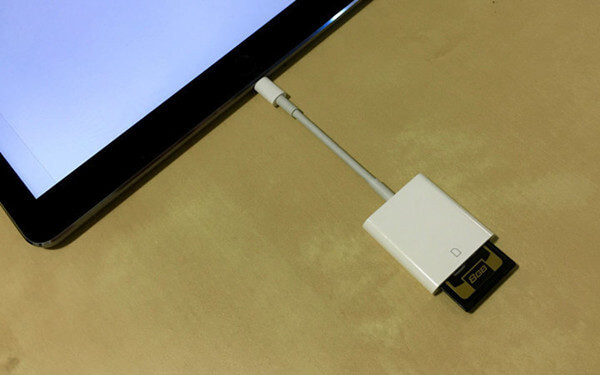 But not all Lightning interfaces do not support USB 3.0. In fact, on the iPad Pro 12.9-inch 2015 model, Apple added USB 3.0 support for Lightning for the first time, but this USB 3.0 interface cannot be used with any Lightning cable to achieve high-speed transmission, only USB 3.0 speeds can only be achieved with a Lightning to SD card adapter.

In addition to the built-in USB 3.0 controller, the specific implementation method is currently unknown whether the interface has been modified. Some people speculate that it may be possible for the base to implement the USB 3.0 standard, and the pins of the Lightning wire are not enough.

In short, Apple seems to have tried to make the Lightning port supportUSB 3.0, but in the end, it may be easier to go directly to USB-C.

From Lightning to USB-C, Paving the Way for Professionalism 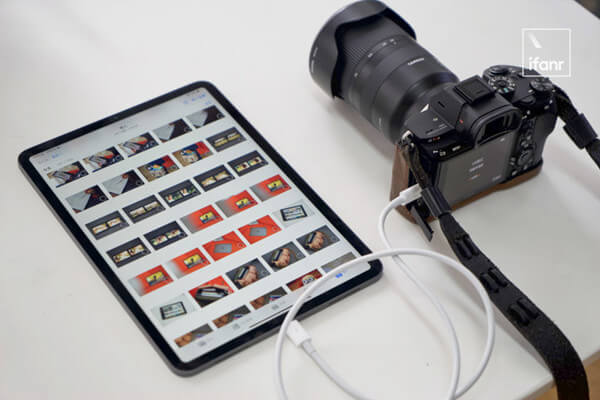 Even though the USB-C port is larger than Lightning, it is undoubtedly a better choice than Lightning in terms of the many protocols and specifications it supports. In fact, Apple has not completely rejected USB-C. The 2018 iPad Pro was the first to carry a USB-C port.

Why the iPad Pro and not the better-selling iPhone with more users? In addition to the huge interest behind the clichéd MFI-certified accessories, I think it's Apple's definition of product functionality that makes it "reluctant to give up." 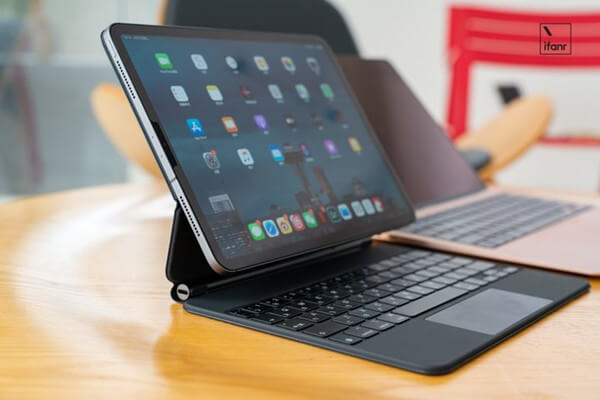 The iPad Pro 2018 is considered to be the most classic iPad Pro in recent years. The simplest argument is that after the launch of the iPad Pro 2020, the veteran who was nearly two years ago has not been eliminated, but the new iPad Pro is in the limelight. The accessory of the control keyboard was snatched away. But since the 2018 model also supports the Magic Keyboard, the need for the new iPad Pro is even less.

It was almost at that time in 2018 that the iPad Pro was really defined as a "professional device" for professional users, and the USB-C port was a necessary part of it. After promoting professional video editing capabilities to a large number of users, transferring 4K video at USB 2.0 speeds can be said to be unbearable.

However, this also makes me think that Apple should replace the USB-C port for this year's iPhone, at least the Pro series should replace it. After vigorously promoting the update of the image system and supporting the 4K HDR Dolby Vision format, the iPhone 12 series may be the only device that can complete everything from pre-shooting, post-editing to sharing and forwarding, but in the face of unstable wireless sharing, This kind of video with large-capacity data and complex data should have a stable and high-speed wired transmission method, because the iPhone Pro series is also a "professional device".

At the same time, it can also solve another pain point of iPhone users, the problem of insufficient charging power.

But at present, Apple does not have this plan, but switched to another path, adding MagSafe magnetic charging to last year's iPhone 12 series. 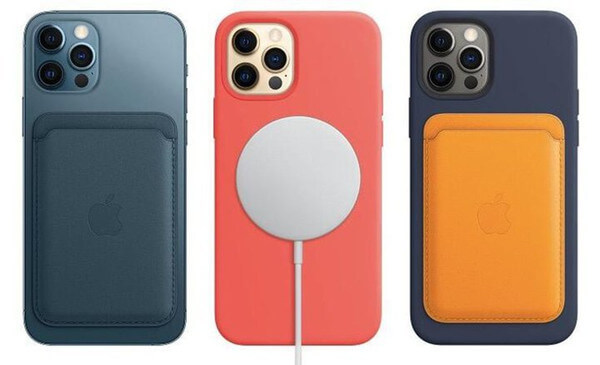 MagSafe is the next Apple accessories empire

Since the iPhone 8 generation, there have been rumors that the next-generation iPhone will replace the USB-C interface every year. I believe that among the large number of prototypes inside Apple, there must be some designs that use the USB-C interface, but they have not been replaced today, which mainly affects the two functions of data transmission and charging speed.

In terms of data transmission, if AirDrop can still play well in Apple's ecological devices, fast charging means that the interface itself needs to be redesigned at the physical level. But the biggest reason why Apple still hasn't replaced it to this day is probably the accessories ecology.

As for why MagSafe is strongly pushed instead of directly replacing USB-C, it is naturally very simple, because USB-C is also the standard of USB-IF home no matter what, so how can you have the fragrance of your own home. What Apple needs is the next accessory empire that can be controlled by itself after Lightning is on the decline. Wireless charging represents the future, and the combination of MagSafe's "resurrection" and wireless charging is just a homeopath.

In terms of actual experience, the experience of MagSafe magnetic charging is actually between wired charging and wireless charging pads. It is more flexible than charging pads, and does not need to "place Play". 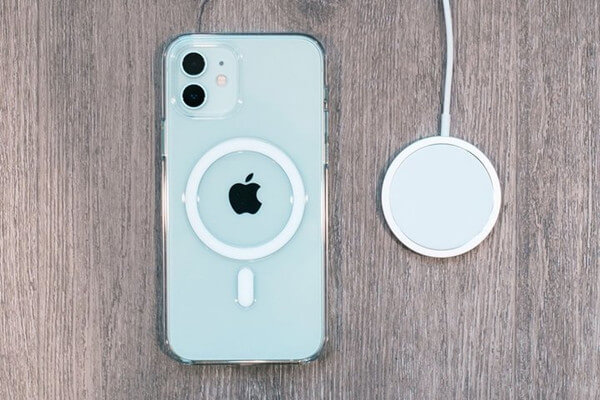 Of course, Apple deliberately adopted this form of MagSafe charging, in order to try not to break the user's existing charging habits. For example, some users like to play while charging, and cultivate more users to get used to the wireless charging method. The double gap between 7.5W and 15W, and the price of accessories at 329 yuan, meet Apple's need to make money and allow users to choose MagSafe first.

As a commercial consideration, I have to say that this idea is actually very good, almost maximizing it while satisfying Apple's current and future-oriented layout of the accessories business.

And beyond Apple's expectations, it may be the "crazy" of domestic Android manufacturers in terms of USB C charging power cable. If it is only an opponent with a peak value of 25W like Samsung, even if the individual models are 45W, this gap is still acceptable to most users. As a result, the domestic Android directly soars the wired charging power to more than 120W, and the wireless charging power also reaches 50W. By next year, there will not be only one model with a total power of 200W+ wired and wireless charging.

For Apple, this chasm-like gap is the iPhone's formidable rival.