What should I do if there are too few laptop ports?

What should I do if there are too few laptop ports? One device quickly realizes the expansion requirements of multiple interfaces.

Do you often use laptops for office work? If you use it frequently, you must be troubled by the lack of interfaces on your laptop. Especially like some thin and light notebooks that are mainly portable now, because of considerations such as thin and light body design, the interface is generally equipped with only one Thunderbolt port or USB port, and other interfaces are omitted. At this time, we often need to use the expansion dock to achieve the expansion needs of multiple interfaces. 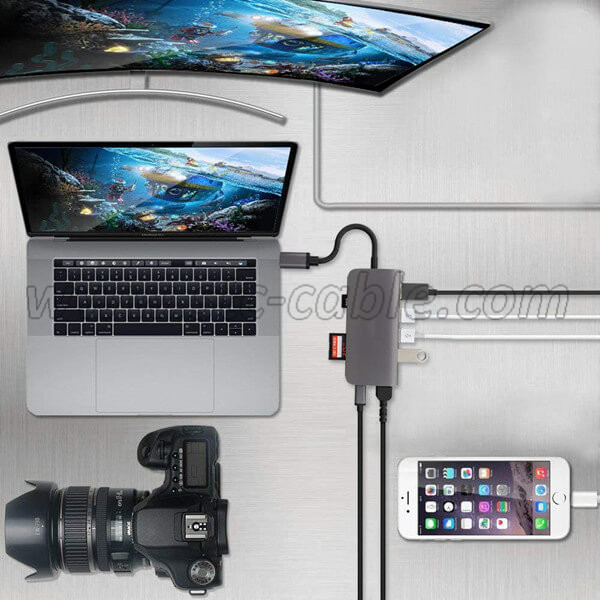 Recently, I started with a STC 8-in-1 multi-function USB-C docking station. With its multi-interface expansion, I solved the problem of insufficient laptop interfaces. Let’s talk with you about the actual performance of this docking station through the hands-on evaluation of the first experience. 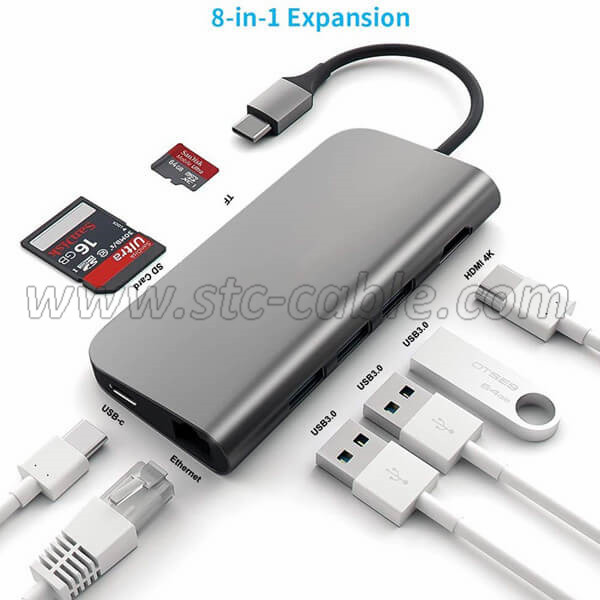 This docking station uses a metal body made of aluminum alloy, which has a good heat dissipation effect. It weighs 85g and is compact and light, making it easy to carry. In terms of the combination of expansion ports, it is divided into 3 USB 3.0 ports and 1 HDMI port. , 1 100W PD interface and 1 LAN port, 1 TF & SD Card Ports, the basic daily expansion interface use can almost be satisfied. 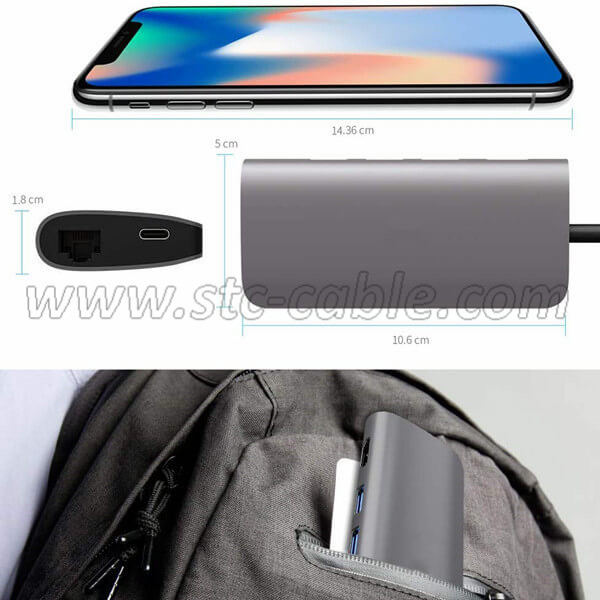 The fast charging power of the PD interface can reach 100W and supports 5V-20V fast charging, which can directly meet the needs of fast charging for notebooks. The three USB3.0 transmission ports can be directly connected to devices such as mouse, keyboard, U disk or mobile hard disk without repeated plugging and unplugging. 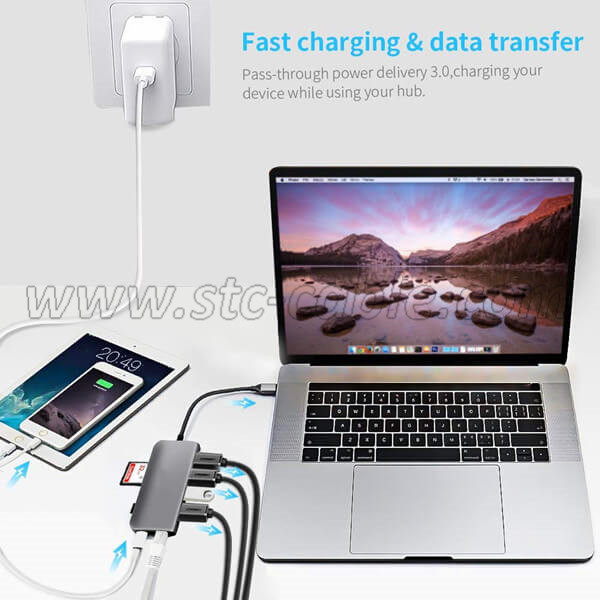 Aiming at the USB3.0 transfer speed of the expansion interface, I simply tested it through a 931MB movie file transfer. Nearly 1GB of files can be done in about 3 seconds, which is faster than the previous USB2.0 transfer speed. Nearly seven or eight times. 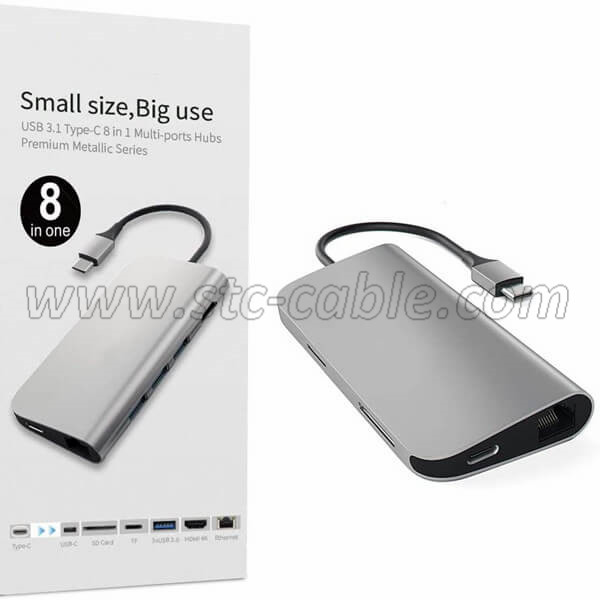 In terms of system compatibility, it supports Windows, MacOS, Android, Linux and other systems without installing drivers, plug and play, so it is suitable for mainstream devices such as MacBook, Huawei MateBook, Xiaomi notebooks, and mobile devices with Type-C interfaces. However, some phones with Type-c interface may not support HDMI expansion, so if you want to get started, it is recommended to consult in advance. 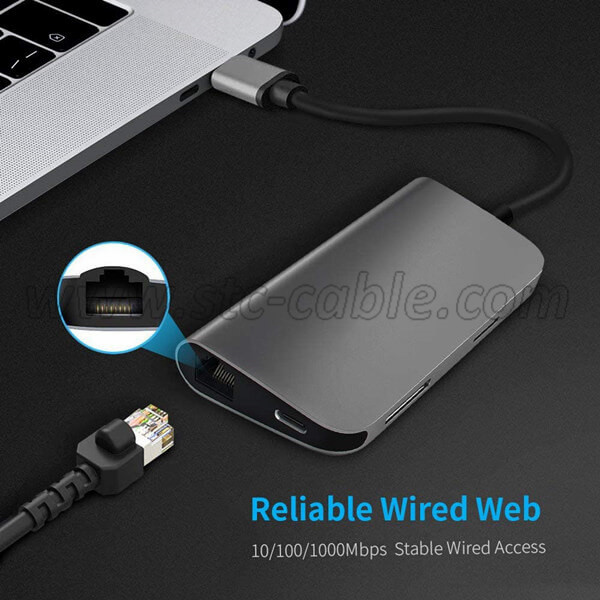 The expansion of the HDMI interface is a feature that I often use and find it particularly practical. Connecting to external monitors or TVs, projectors and other external devices through the HDMI interface can quickly switch between small screens and large screens. In addition, the HDMI interface of this docking station supports 4K-30Hz video transmission, so audio and video synchronization can also be ensured during the transmission process. This function is very useful for home entertainment or office meetings. 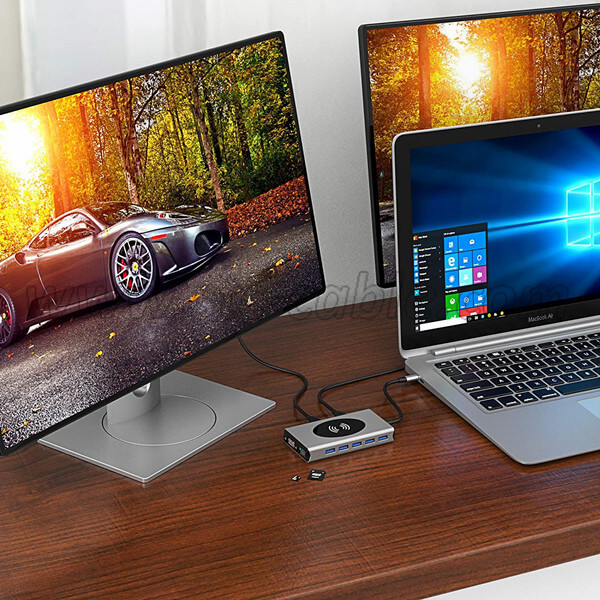 Of course, in addition to expanding the notebook screen to a large screen, some mobile phones that support the Type-C interface can also be extended by an external large-screen display. For example, if a bunch of friends gather to chase a drama together, you can directly project the screen of the mobile phone to the big screen and everyone can chase it together.

In addition, the LAN Gigabit Ethernet port is equipped to connect to the wired network through the network port when the wireless network is unstable or there is no wireless network, so as to realize the connection of the wired network and stabilize the uninterrupted network. However, for me, this port is not likely to be used in normal times. Generally, I use it directly through wireless network connection. In general, STC’s 8-in-1 multi-function docking station is quite practical, whether it is the USB device expansion or HDMI expansion that I connect daily, it can satisfy it, and it performs well in terms of transmission speed and stability. In addition, the compact and lightweight device is not heavy to carry when going out, so it is a good choice for friends who need to expand the laptop interface.